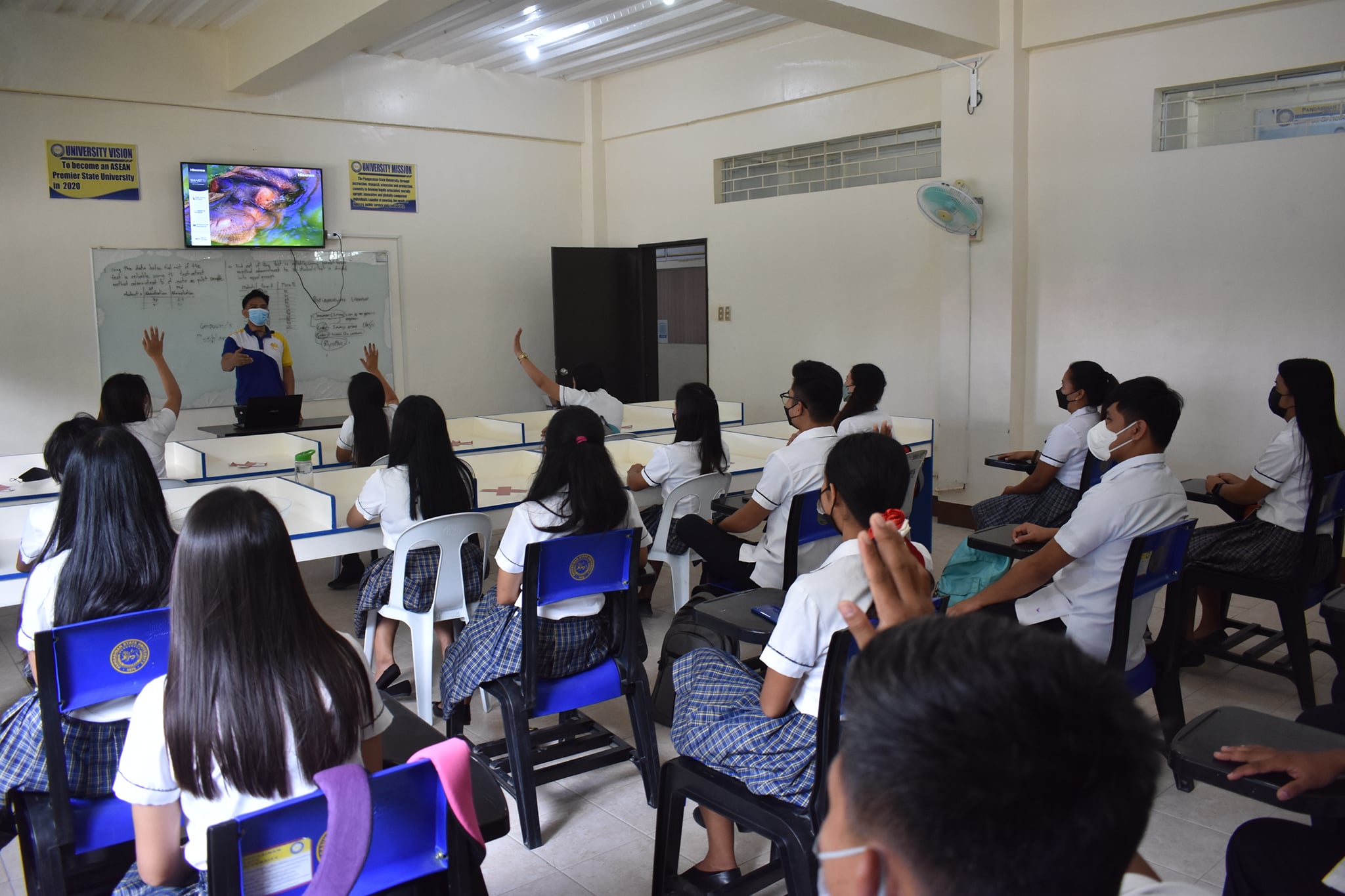 29 April 2022—The PSU-Asingan students come back to school after 2 (two) years of online-distance learning to attend their first limited face-to-face classes in the new normal, Monday, April 25.

After the pronouncement of the Inter Agency Task Force for the Management of Emerging Infectious Disease (IATF-EID) approving the 100 percent capacity in colleges and universities in-person classes in Alert Level 1 under IATF Resolution 164 dated March 10, the Pangasinan State University has made all the efforts to prepare all necessary and pertinent requirements to conduct the first limited face-to-face classes in the university. 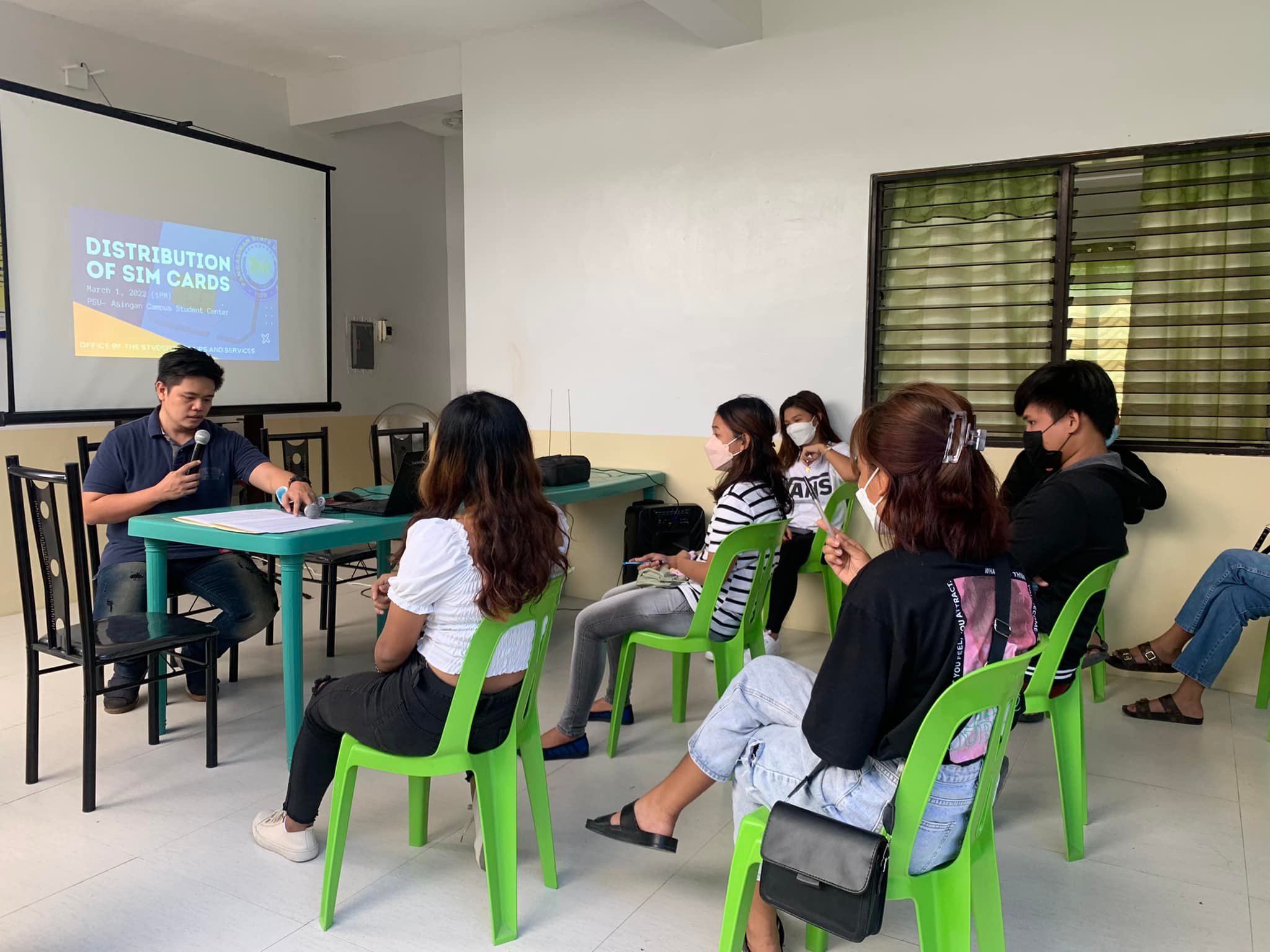 Thanks to Dr. Armando D. Junio (Campus Executive Director); Dr. Philip G. Nonales (Coordinator for Students Affairs and Services); Mr. Christopher D. Espero and Mr. Reven B. Ferrer (SSC Advisers) and the SSC Officers of the campus for spearheading this distribution of sim cards which will be loaded with free loads for the continuous online learning of students this 2nd semester of the SY 2021- 2022. 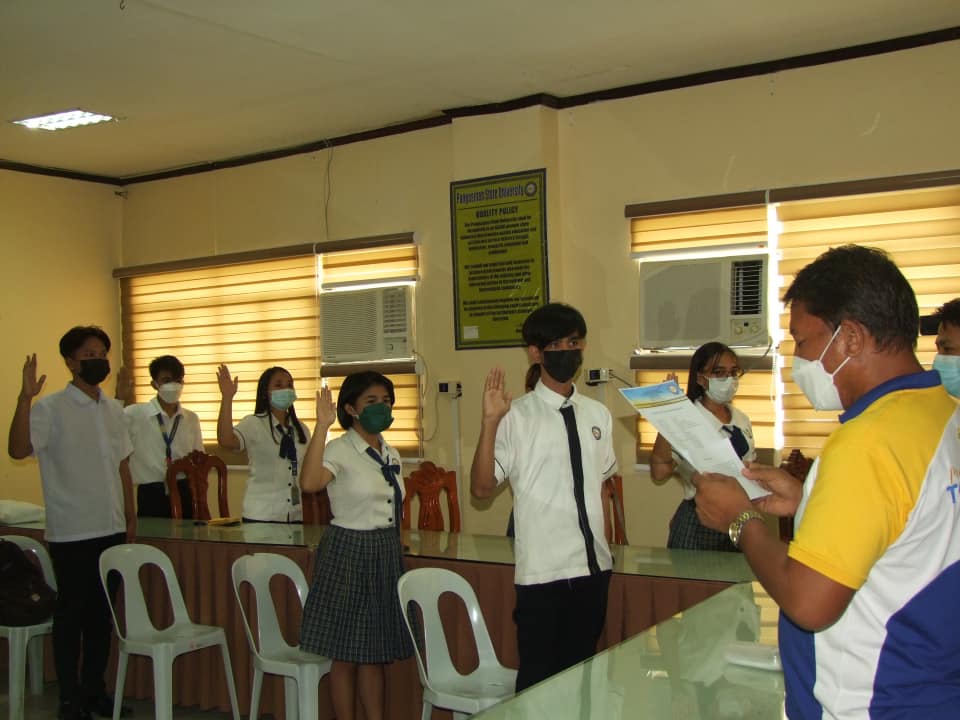 After the recently concluded online SSC election and the rigorous search for wannabe writers of the campus paper, all were now set to exercise the duties and responsibilities of the student-leaders and writers. 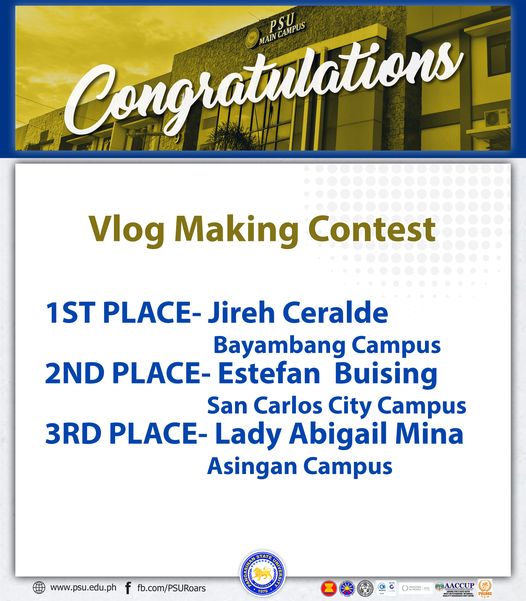 After a long delay, finally, here are the winners for the Vlog Making Contest with the theme: “How did I Survive Flexible Learning?” held via Zoom on May 28, 2021. To claim your prize, present your ID/ COR to your respective SSAA Coordinator. We extend our heartfelt congratulations to all of the deserving winners!

In my own humble opinion, Pangasinan State University stands out among the leading institutions of the province and even among SUC’s of the country. It is different since it has many campuses from the different areas of Pangasinan where we could easily reach out for tertiary education.

I believe personally that even PSU- Asingan Campus alone produces competent professionals. It ensures the possibility to become very successful because of its geographical location, competent faculty and staff, and the state-of-the-art facilities and equipment needed in the trainings.

PSU truly prepares us how to soldier on the battlefield called LIFE!

It is truly nostalgic if I will recapitulate how I persevered as an ordinary student at Pangasinan State University- Asingan Campus.  Because of the college education I had with PSU, I have come to the threshold of opening a lot of opportunities on my doorstep. I will never forget the ensemble of dedicated faculty members who extended their consideration and understanding to me in molding me to become the better person I am today. The difficulty of confronting the 21st century in the field of business management has become easier because of the intensive supervision and management practices we had with our professors. You really did more than what is expected of teachers.

Pangasinan State University has taught me to attain big dreams. As an alumnus who took Bachelor in Elementary Education, I have chosen to live with this principle to dream big not only for myself but also for the future of the children. I am not who I am today if not because of the ideals and principles of a good citizen emulated to me by my former professors at the university.

Pangasinan State University has provided me with academic excellence that I passed the Licensure Examination for Teachers. The motivation and pieces of training given when I was a student-teacher were very much relevant. That is why I was very confident when I joined the ranking and was hired that same year as the newest addition at Flores Integrated School.

Thank you very much PSU!

TALK TO US TODAY